It all starts with self-belief!

The definition of Self-belief is the confidence in your own abilities or judgement.

Self-belief is often an attribute so lacking within many of us. Sad but true. The power of self-belief is such an attractive quality when we see it in others. Our Head of Training, Sun Moritz, only started to build her own self-belief when she first started working in reception. This resonated with many other receptionists, whom she has met over the years, who realised that they were triggered by an event in their lives to really analyse self-belief. As they developed into the role of a receptionist, they were given more duties to undertake, from typing up an important letter to being trusted with the daily banking, which often led to a promotion to a personal assistant! They were surrounded by positive people who had self-belief in abundance.

It is so important to look within yourselves to know that we can actually achieve ANYTHING we want….it all starts with self-belief! A recent student needed support with interview techniques.  She had little self-belief in what questions to ask and how to handle herself if she was asked a difficult question. Practice was extremely key, but it was also fundamental to instill that self-belief to know she had this in the bag before attending the interview. Lo and behold, she was offered the job on the spot! It was a monumental moment for her and one she will never forget!

What steps have you taken in your life to work on your self-belief and do you now have the confidence to know, you can achieve anything you want? 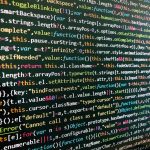 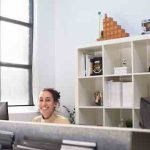